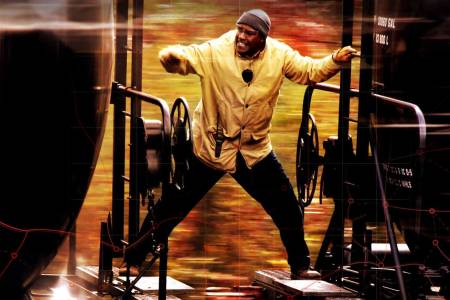 Judging by what’s happening presently, how long do you think it will take until corporations have replaced our government?

This is not a rhetorical question.

What do you think? Thirty years? Twenty-five years?

Large corporate entities are already deeply involved in major decision making on a high political level. Phone companies are handing over our data, the NSA listens to our conversations, reads our emails, and gathers every possible piece of information about us. We are being tracked.

The things we buy, the places we visit, the people we talk to. We are being tracked. Not enough for us to notice and just a tad below the level where we become aware of it. But the fact is, you, me, us — we are being followed, watched, listened to, and surveilled. And, no, this isn’t conspiracy theory 101. It’s just what is. We are not private anymore.

Writing any kind of science fiction or dystopian fiction, one of the steps involved is, naturally, to think about what if… What if artificial intelligence becomes self aware? What if robots take over? What if wormholes are able to transport us to other places? What if most of the population has been wiped out by a nuclear blast or a virus or the zombie apocalypse? In my case, I asked the opposite question. What if not…?

If nothing changes in the way things are, then what happens to us in the not-so-distant future?

If we slow down for a moment and follow the white rabbit into the hole, we realize that whatever is going on won’t stop any time soon. The train is in motion. It’s a runaway train — an eight thousand ton runaway train — and the faster it goes, the less possible it will be to stop it. It will only get worse. Unless you’re Denzel Washington, of course, but even then.

Complete control is the ultimate goal of any entity that has profit as its purpose. I think that’s a pretty common concept. The question is, how do you control the people you want to profit from? You control with distraction, with confusion and misdirection. If that doesn’t quite work, you throw in a little fear. Fear of loss is a great way to control someone.

Large corporations own all major news outlets. Not only that. They control the very means the material we watch gets delivered into our houses. We have access to 24 hours of entertainment per day. Televisions, computers, phones, tablets. We can watch a show in one room, walk into the next and the thing follows us so we can seamlessly continue to watch there. We consume TV shows while we’re on our laptops, with our phones beside us. We don’t realize that all of it, from the perspective of the corporations who provide it, is to distract us from asking some serious questions.

If a magician doesn’t want you do know what his right hand is doing, he does something with his left hand.
you might have heard all this before. me too.

But here’s the thing: What’s the most powerful concept in this world? Power itself? Control? Freedom? Love? Fear?

No. The most powerful concept in this world is purpose.

Ask the question “why” often enough and you get to the bottom of everything. Try it. Don’t take the first answer. Don’t take the second answer. Those are all smoke screens. Take the sixth answer. Or the tenth. You will be amazed what you find out when you ask why more than a few times.

We have to realize something and it is possibly the most important realization we can have:
purpose is everything

Take a lion in the wild who hasn’t eaten in three days. Its purpose is clean, remorseless, and conflict free. It has to eat.

The purpose of survival controls everything. You can’t negotiate with a lion. You can’t reason with it. Neither should you. The undivided purpose is what gives it such power and would scare the hell out of us if we’d encounter one.

Any corporation who has profit at its goal, has that very profit as its single purpose. There are no distractions. There are no second thoughts. There is no hesitation. The only hesitation has to do with how the consumer is going to react.

If profit is the purpose, the corporation will push any agenda to the limit of where it can be pushed. Be that environmental, health related, in education, or otherwise.

Our schools are crumbling. Common Core, if not stopped, will become the educational system for everyone. Corporations will control what our children are learning. If profit is the goal, how can that possibly be in the best interest of the child?

Without the limitations put in place by unions, workers would still be pushed to the maximum of hours for the least amount of pay possible.
if the purpose is profit, everything else becomes secondary.

I’m not saying all the corporations are that way. But the system itself is set up and based on making a profit and not on care for others and the welfare of everyone.
there are many people who fight actively against this but here’s the thing:

If purpose is everything and a corporation, by and large, pursues its goal with 100% conviction, we would have to be as strong in our purpose to oppose it.

Are we? Or are we more likely to watch another episode of the latest Netflix show?

I’m not talking about the artistic expression in TV shows or any form of entertainment that is pure and good and reach from one human to another. I’m talking about a lion who hasn’t eaten in three days and who has no other purpose than the hunt. I’m talking about corporations who have, as their sole purpose, to make profit. It might look different but if the purpose is profit, everything that is not directly related to that becomes secondary.

Take where we are right now and project it twenty, thirty, or fifty years ahead. Do you think the purpose of corporations will have changed in 50 years?

How will our rain forests look in 50 years? How will our water situation be in 50 years? Will we have bottled air? Twenty years ago, the thought of selling bottled water was considered preposterous, now it’s every day.

Will we live in super structures where we are all contained, controlled, under 100% surveillance 24/7?

Will we still have a government that was chosen by the people, for the people?

Will we?
ask the question why often enough and you get to the bottom of everything.

When I wrote The Fourth Sage, it wasn’t that hard to envision a future where large corporations control everything; where we live in super high rises, three hundred stories high, towering over abandoned cities. In that future, there is very little crime. There is also no privacy. There are no schools, no government and no freedom. Especially the freedom part was what got me when I thought about it.
freedom for all has lost its final battle to power to a few.

In that future, the windows of our rooms are large screens. Depending on what we can pay, we can watch sunsets, oceans, and wheat fields in the morning light. As we can’t have those anymore in real life, we can only see the pictorial representation of a past that has long since been forgotten. We have lost it all and we’re not quite aware of it.

The hero of our story is a smart fifteen-year-old kid who has figured out a way to create a loop with her room cameras to have one hour per night to herself. For that hour, she is not being watched. Instead, she roams the building via the air ducts. That’s her slice of freedom, her escape from the rest of the world. One night during one of her excursions, she discovers something that has the power to change her life completely. But not only her life but the lives of everyone around her.

She has to make a choice between continuing to live her life as if nothing’s wrong or become an enemy of the state.

As the hunt for her unravels and she flees ever deeper into the belly of her building, she comes across a group of gifted children — discarded and left to rot on an abandoned floor. The corporation’s most coveted secret now lies in their hands and they have no other choice than to reveal it. But their young lives have certainly not prepared them for what is to come, for what they must do, and for what price they might have to pay.
we can be heroes. we all can.

I leave you with a pivotal paragraph from the book:

“We are far superior to any android, be that a single one or tens of thousands,” Ty continues. “And what makes us superior to them is one simple thing. It’s so simple it escapes us. I realized it when you said something to me. You said that if you ask ‘why’ enough times, you’ll get to the bottom of everything. You’re young, Aries. And I’m not sure if you picked that line up somewhere or if you actually thought about it, but I’m going to assume it’s the latter. What I’m saying is, in order for us to do this, whatever ‘this’ is, we need to answer the question ‘why?’ And we can’t be okay with the first answer. We have to ask it again and again until we come to the truth all the way at the bottom. Only then can we even think about continuing.”

Get The Fourth Sage here